Top > News > Yamada Nishiki Project 2021: The final screening of this year’s rice has been held

Yamada Nishiki Project 2021: The final screening of this year’s rice has been held

At the end of December, we had the final screening of the rice submitted to us for the "Yamada Nishiki Project 2021," which aims to surpass the best of the best.

This time we took a closer look at the top 14 Yamada Nishiki rice which bested others during the preliminary screening.

If you haven't read it yet, please check out the piece we wrote about the pre-screening (https://www.asahishuzo.ne.jp/en/news/info/004992.html) for more information. 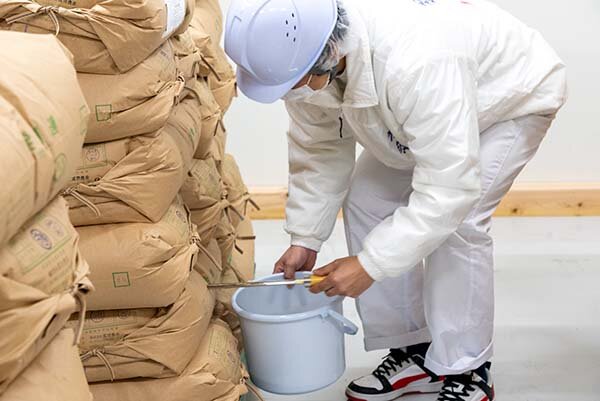 First, we take several samples from each Yamada Nishiki batches we received for judging.

A pointy instrument is stuck into the rice bags in many directions, and some rice is taken from several places to avoid bias.

This is the first step. To ensure that the origin of the rice does not affect the judging process, a different staff member from the judges takes the samples. 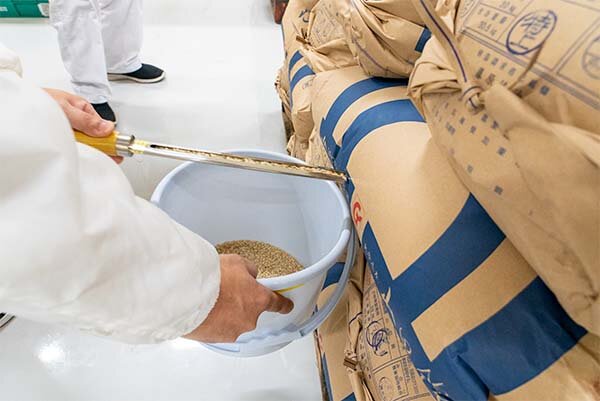 The basic criteria for judging rice are: grain uniformity, grain tension, luster, rather the grains are damaged, the color, and white heart called shinpaku (large round center).

The 14 finalists were all perfect in everything from grain uniformity to coloring.

This time, the judges were particularly interested in whether the rice had a small white heart (shinpaku) in the center and whether it is easy to polish. 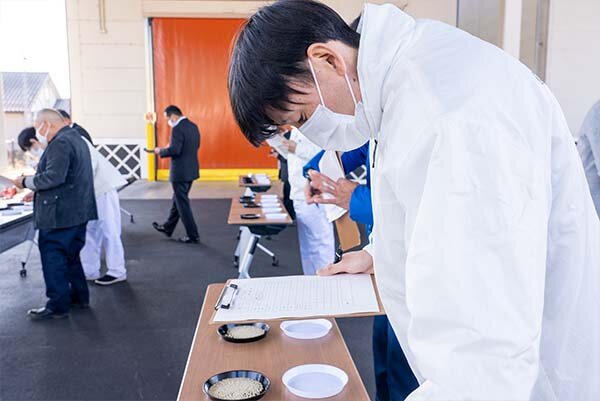 In accordance with basic rice grading rules, the judging is done outdoors twice, in the morning and during the afternoon. It is interesting to note it is because the results can be slightly different due to the brightness and light which vary depending on the time of day and the location where the samples are laid out. 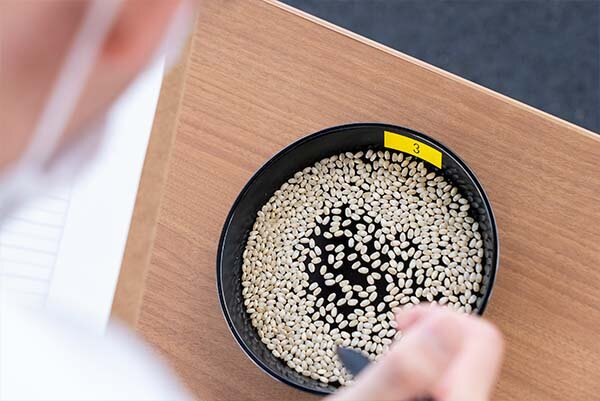 The mission of a sake brewery is not only to make good sake but also to express its values to the world.

Sommelier Mori had already seen Asahi Shuzo's brewery and several other companies' breweries. He said that it is surprisingly rare for him to talk with sake breweries and about sake rice. It seems impressed by the seriousness of Asahi Shuzo's efforts to improve the quality of rice for sake crafting, and the seriousness of the farmers who came forward to help in this endeavor.

(By the way, the sommelier Mori also scored the rice himself, and the results were the same for the first and second-place… He has a wonderful eye for observation.) 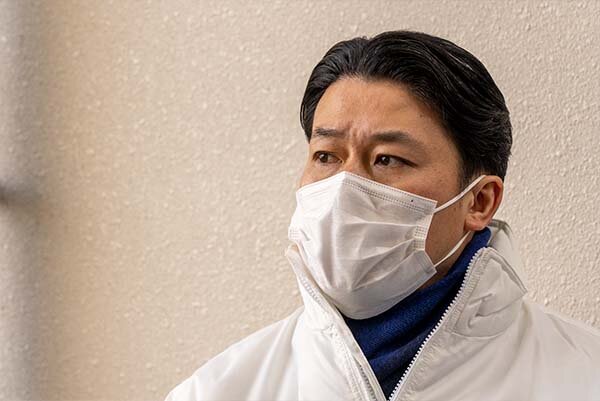 As mentioned above, from this year on, one of the judging criteria was "selecting the best rice for crafting Dassai". This is the first time the judges had ever done this kind of rice grain judging: the discussion became very heated.

The judges compared the top several entries again, and after a review and discussion, decided on the Grand Prix and Runner-up. The winners were decided.

This result is peculiar as it would not be the same if it were a simple rice grain screening, but it was judging the "Yamada Nishiki Project - Beyond the Best 2021”.

The judges commented, "We judged the rice keeping in mind how well it can withstand high polishing and the ratio it can withstand," and "We chose the ones with small, centered white starchy core”.

The presentation of the Grand Prix and Runner-up will be held on January 15 next year.

All of the Yamada Nishiki were excellent, we would like to express my deepest gratitude to all the producers who took up the challenge.